Information gathered for this report by Sharyn Chambers VHCHA

With thanks to some local knowledge, Andy and I were given directions to the last standing Rumpffs hut “SPRING HILL HUT” at Spring Hill close to where the north and south roads diverge between Licola and Mt Skene. Turning up south Rd toward Mt Useful and then left into S1 track, travel about a mile till you see some cattleyards on your left and then walk out onto the open saddle hidden behind the bush to find the hut. There is also supposed to be a 1940s dugout here but I didn’t find it this time.

The hut although still standing (only just) is believed to have been built in the early 1900s, the earliest photo of this hut that has been found so far is from 1926 as a bark hut, it was after this that it was clad in iron still using the same frame. 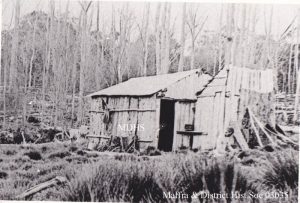 Photo thanks to (Rumpffs Hut at Spring Hill, 1926. The results of the 1926 fires can be seen, but the hut survived then, as it has more recently, as it was deliberately built in a soak. Our ref 03035 Maffra District Historical Society)

The Rumpffs brothers took over Annie McMicheals (nee Monds) selection after she had passed away in 2013 and eventually paid it out although it remained in her name. The Rumpffs brothers of Seaton took out the Spring Hill lease in 1921 and when the Hoskins retired in 1929 they expanded to take over the remainder of the Hoskins holdings across Connors Plains and Mt Skene 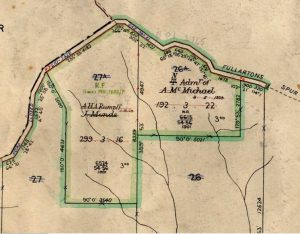 This is now all public land. The Blocks went under selection from 1904 and the blocks were under selection until 1929 and 1939 (the dates just under the names), and were then freehold until 1981 when the (isolated blocks of freehold) were purchased back by the Crown. Hugs (logging/sawmilling family) had the freehold when it went back to the crown and on the right hand side of S1 Track there are 3 small hut/structures, these maybe from them. As far as I know the Colemans from Heyfield have the run in that area now and currently graze their cattle on the crown land and they could also be the builders of the cattle yards on the side of S1 track, a few hundred meters before the hut. 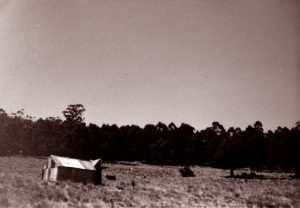 Above photo from the 1980s thanks to Linda Barraclough, daughter of George Barraclough 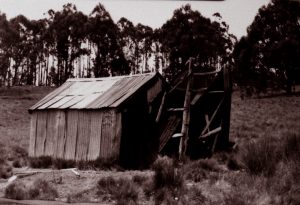 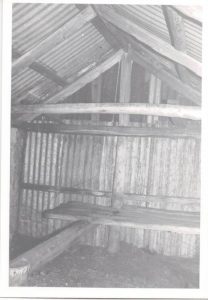 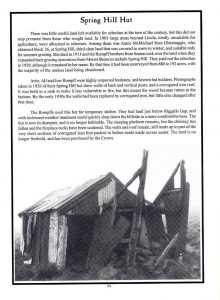 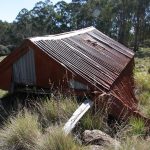 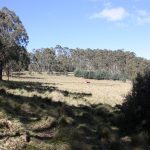 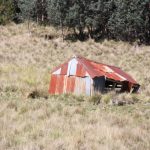 The committee would like to invite any members based in Melbourne to meet with us on Saturday 3rd of August 2019 for a coffee and chat about all things huts. Venue:  QPO  – 186 High Street, Kew (we will be in the lounge area on the High Street Side) Time : 10am to 11:30 am […]

It is with great sadness we inform the general public that Glenmore Huts, a group of logging huts located on the Glenmore Road, North-West of Buchan, Victoria, have been destroyed by the Timbarra Bushfire that is still burning in the area.  Our team have spent 3 years working closely with DEWLP to restore these huts […]

Information gathered for this report by Sharyn Chambers VHCHA With thanks to some local knowledge, Andy and I were given directions to the last standing Rumpffs hut “SPRING HILL HUT” at Spring Hill close to where the north and south roads diverge between Licola and Mt Skene. Turning up south Rd toward Mt Useful and […]